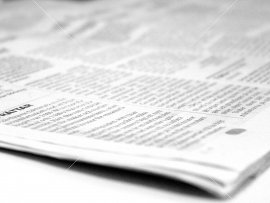 Sleeping later and later, I have broken that habit of earlier this year, that habit of writing first off in the morning. The thing about what we do is that we don’t have a schedule for what we do. Every day is a little different. Today might be office hours, post office. Tomorrow writing in the mountains. Friday coffee house, swing dancing late.

Today I saw two students on the mostly dead campus. One left the history building down the big white steps, another was striding parallel on the walkway toward English. The one on the steps was a girl, wet dark hair, orange sweatshirt. The boy on the sidewalk wore a gray shirt and jeans. For some reason, well past each other, they turned to look back, to study the other—just for a second, then they turned away. Neither stopped walking. But there was the look.

How often do we look back—or not when we should?

One of my favorite things about the free D.C. paper was the I saw you section, a list of classified ads where people described other people they had seen on the subway or walking dogs in the park, and let slide, let slip away. The promise of this paragraph might make you lazy. You might never have to speak up. You might never have to say something.

I always read them looking for me—not that I would answer. Of course not. But just to have it, to cut it out, to circle it. To have someone see.

Once I think I found myself: red boots in the art museum. I shut the paper and threw it in the bin.

If I do, I see: tracks, the hill of gravel, dead-end, wildflowers, the apartments in the old factory, the creek that flooded years ago. Also: poems, parked cars, regrettable haircuts, high heels, apartments, love and boxes under five states and a sky that cannot make up its mind.
Posted by Alison Stine