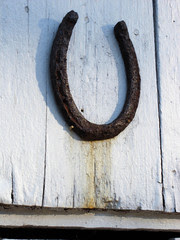 Prepare to be strip searched by the TSA, you said and you are probably right. I know how I must look: one girl, one red bag, one one-way plane ticket.

Before the past, before the terror, who traveled one way? To what were they going--what pioneers, what intrepid orphans? I have moved by myself five times now, once to California, which might as well have been the moon, the way the landscape changed without warning, without water, without anyone I knew.

Once a baby girl ran to me, just learning how to walk, and in my hands I held a drink, a cell phone, keys, a book. When she collapsed into my arms, I dropped all of them and they broke: glass shattering, phone splintering, pages flying out.

Oh, I saw you taking pictures on the sidewalk.

When I was young, my voice teacher had been in a fire which destroyed her entire house. Only her family survived, and the few things they could find and salvage the next day--wedding pictures and sheet music. When I was young, all the songs I learned were singed: "Pie Jesu," "Good Night My Someone," "How Could I Know." Smoky, yellow on the edges, torn.

Some of the notes were gone; we had to put the pieces together ourselves.

I have learned in the last year to let go. They don't matter: photographs, clothes, CDs. I have them in three states. I have them in boxes. I loose them in hotel rooms. It doesn't matter. I don't need them. I need you. I need to love you. I can do that anywhere, in jeans.

In Wyoming, a boy heard my father and I talking about Indiana, where he was from, where he was going, going back, because he was needed, leaving behind the grapes and wine that he wanted to work, that he thought would be his life. We pushed aside our buffalo and corn. I think he wanted to stay and talk. I hope he made it home okay, the boy in Wyoming. I don't know why he was needed, by whom, what happened, what would happen. Sometimes we are called back.

I have heard that only the lucky should come.

I am lucky. And I am coming.
Posted by Alison Stine