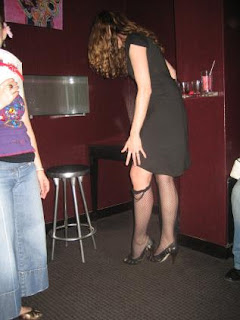 This always happens when I read.

Robert Pinsky was named the United States Poet Laureate in 1997. He is the author of six books of poetry, including Jersey Rain (Farrar, Straus & Giroux, 2000); The Figured Wheel: New and Collected Poems 1966-1996 (1996), which won the 1997 Lenore Marshall Poetry Prize and was a Pulitzer Prize nominee; and The Want Bone (1990). In 1999 he co-edited Americans' Favorite Poems: The Favorite Poem Project Anthology with Maggie Dietz (W.W. Norton & Company, Inc.). He has also published four books of criticism; and two books of translation, including The Inferno of Dante (1994), which received the Los Angeles Times Book Prize and the Harold Morton Landon Translation Award. He teaches in the graduate writing program at .

Alison Stine Davis is the author of Lot of My Sister (Kent State University Press, 2001), winner of the Wick Prize. At nineteen, she became the only female undergraduate poet published in The Kenyon Review. Her work has appeared in The Review, Poetry, The Review, Tin House, Review, and many others. Her awards include a Wallace Stegner Fellowship from . Formerly the Emerging Writer Lecturer at , she is on the faculty of the Denison University Reynolds Writers’ Workshop. She lives with her husband and her stepson, and is completing a novel.