Just two days until the cover of SUPERVISION will be officially revealed at my publisher's site, HarperVoyager UK, and at the book blog YA Interrobang. I've been keeping the cover under wraps for months, but this week, the last week before the reveal, I'm letting a few clues slip.

This blue and white gingham dress. And long braids. 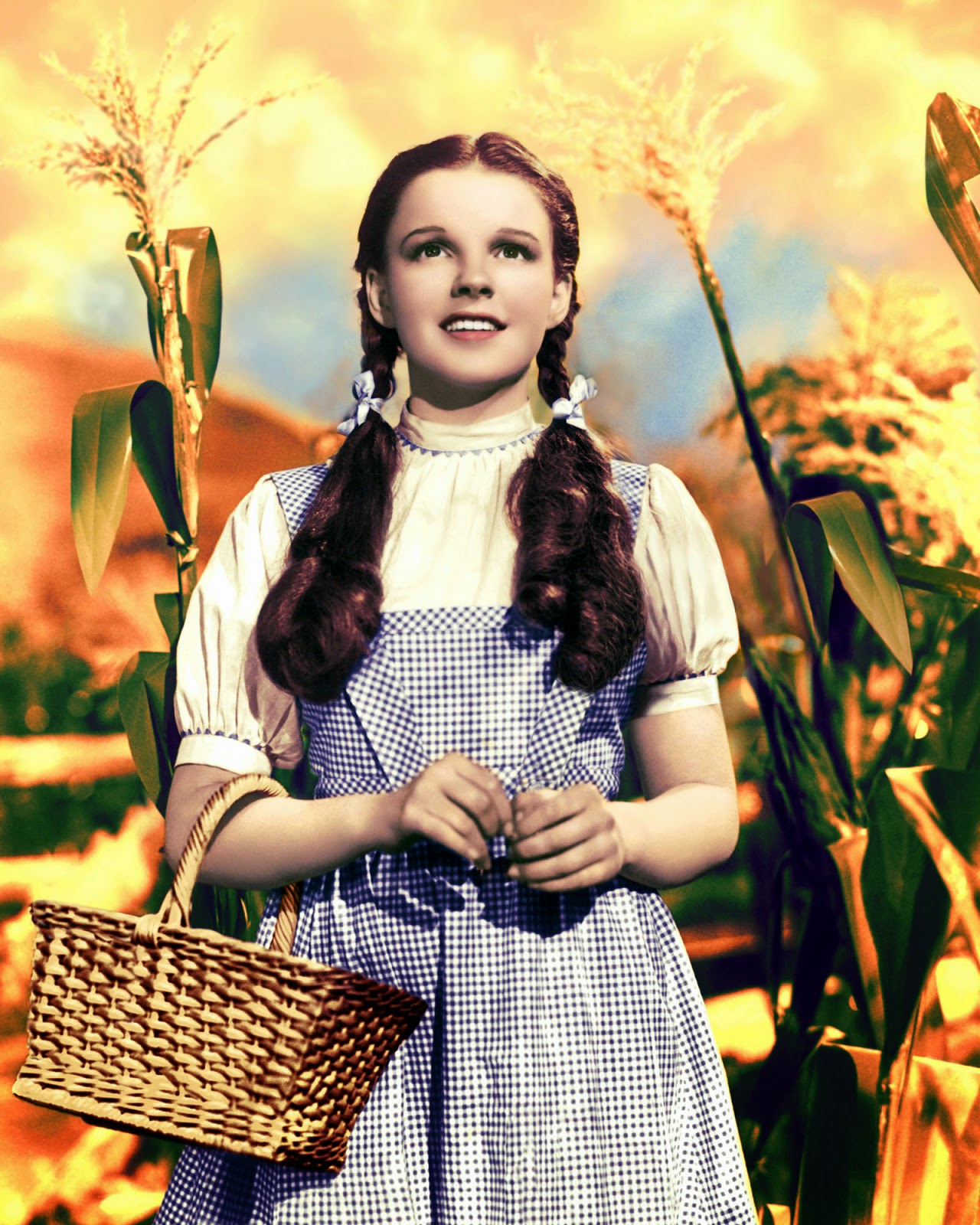 When I was little, I dreamed of being Dorothy. And when one of the local community theaters where I often performed (to "cure" my shyness... brought on by my deafness) finally did a version of The Wonderful Wizard of Oz, I choked at the audition, swallowed my song. Despite having long brown hair, despite being almost my adult height of 5'7" already, I was cast as a Munchkin.

A male Munchkin. One of the Lollipop Guild.

The costume designer gave me my long red and blue striped stockings to keep after the play, for consolation.

But I dressed as Dorothy for Halloween in seventh grade.

My mother sewed me the blue and white checked bib dress. I had a white shirt beneath with puffed sleeves, white tights. I wore the braids, I carried the basket, complete with a stuffed animal of a little black dog like Toto (my real dog at home was named Toto, after the book).

But I didn't wear the ruby (or silver, depending on your source) slippers. I wore, as my friend Brad, who went as a plague victim with a black hooded robe and wore pancake mix for plague makeup--as my friend reminded me: I wore sensible white sneakers. Keds.

When my friend asked me where my sparkly, magic slippers were--I had no memory of this until he told me, then it all came back--I said: I left them at home. I have gym class today.

***
Just a reminder, the Voyager Valentines Contest, featuring several of my writer friends and their novels, has been extended to March 1. Click on the post and leave a comment to win free books, including an advanced copy of SUPERVISION, and other prizes, like chocolate and paintings.